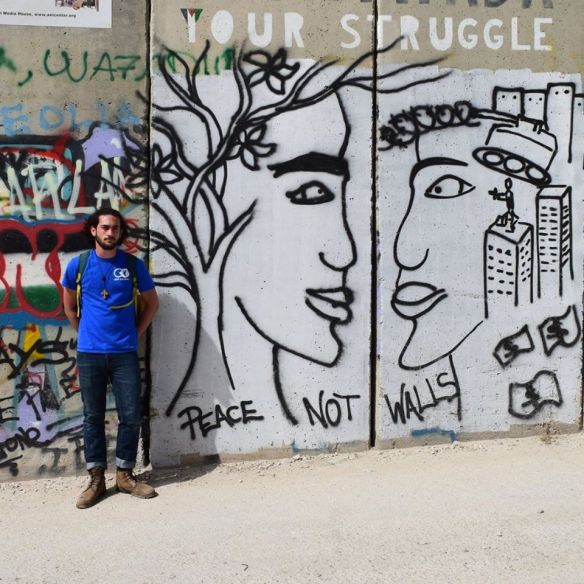 I tried my best to end up anywhere else on Earth, but there I was. After answering an email from a person I hadn’t spoken to in two years, scrambling to finish my semester weeks in advance and dropping everything with a half a moment’s notice, I was halfway around the world, surrounded by a team of strangers, and wondering if I was in over my head. As we began to make our final descent towards Tel Aviv, The White City revealed itself to us. It had been almost a year since I had left Puerto Rico, the small Caribbean island I had lived in my whole life, to study in the United States. I had gone a long way from home, but I never thought I’d find myself here, about to walk over the most disputed soil on Earth, hovering back and forth between a young Jewish country willing to do anything to survive and an old Arab nation that has stood resolute for millennia. END_OF_DOCUMENT_TOKEN_TO_BE_REPLACED

The goal of this initiative is to create a network of young adults who lead trips for their peers to the Holy land with the express purposes of:

1. Accompanying local Lutherans and Christians in Israel and Palestine;
2. Educating participants about the conflict in Israel and Palestine;
3. Sharing the religious, political and social history of the region;
4. Deepening faith and identity of travelers as they build relationships with global companions and neighbors;
5. Connecting participants with the ELCA’s efforts through the Peace Not Walls Campaign by practicing accompaniment, raising awareness and engaging in advocacy;
6. Building a base of individuals who not only travel but return home to engage their local contexts in issues of peace and justice.